The recent plot to bomb an airliner, foiled in Yemen, raises the issue of potentially deadly threats to aviation security. To be clear: the old metal detectors in use have absolutely no chance to find these devices. None. There's no metal in the device.

The TSA units have two types of body scanners: one is x-ray based, the other is a high frequency radio wave. Both penetrate clothing and the very outer layer of skin.  Of the two, the x-ray unit probably has the best chance to detect these underwear/body devices; it penetrates the body more deeply than the radio wave system does.  This type of x-ray is called a back scatter. It is not meant to penetrate through the body like a medical x-ray; it reflects off the surface of the body and primarily shows what in on or against the body, not necessarily what is in it.

Bottom line: even the x-ray backscatter designers say it had a 50/50 chance that it could detect the Christmas underwear bomber's device.  Probably a little less in my opinion, but still there is the possibility. Remember, there is no chance the metal detector would catch the device.  50% chance of being caught is not a good business percentage for business, let alone terrorists.

We need to talk a little bit about the difference between Bin Laden’s Al Qaeda and what I call Al Qaeda lite (or what is often called Al Qaeda AP, for Arab Peninsula).   The original Al Qaeda’s first fatwa called for no attack to go forward unless there was at least a 75% chance of success.  This was actually written in their manual.  So a 50% chance of a device being detected by TSA machines really gives the original Al Qaeda a problem.  Now, the Al Qaeda AP actually had a Imam at the helm (before we killed him and his son in a drone attack), who gave a much broader reach to his followers.  He called for everyone to work for the great jihad, and stipulated that if all you have is a gun, even a pellet gun, then use it, or if all you have is a tape recorder, then use that to tape a bomb or gun fire going off, and play it in a movie theater to cause a panic.  These Al Qaeda AP do not have the problem with the 50% chance of being found; this is where most of the lone bombers and attackers come from.  I do not think the original Al Qaeda has gone away, I think they are still planning and plotting. But what we are seeing is the AQ lite.

The AQ lite is trying things out by actually using them in attacks, like the Christmas bomber and the New York Times Square bomber.  They apparently are getting better, but are sending out devices that are not fully tested.  In some cases the AQ lite is just putting the method on web sites for others to try.

Now let’s go to the threat. PETN is a potent explosive used by militaries and construction crews to clear away areas before construction. PETN is still found in some blasting caps, but most military folks have seen it in the form of a det cord (see pic below).  Det cord is a explosive device in the form of a rope and normally is used to link explosive charges together.  It comes in different colors and grades. The military version looks very similar to a fuse, but has a white center.  That white powdery center is PETN.  Now a single line of det cord will not cut a 4x4 piece of wood in half, but will probably cut a 2x4.  SWAT teams have used it for fast entry through dry wall, taping it to the wall they are going through.  So while it is a powerful explosive, in small amounts it has limited effectiveness.

Now let’s look at the method of carrying the device, the way the Yemen bomber was going to use and the body bomber may use.  The human body is mostly water, which has the effect of taking a lot of the power out of an explosive device.  In fact, the one that actually went off in the Saudi Arabia attack on the Prince killed only the bomber, and wounded a bystander or two.  On a plane, this is probably all that would happen as well.  If detonated inside a body, with no outside surface contact, this will probably be what a body cavity bomb's effect would be as well.   Now, with enough explosive it could penetrate the plane's body, but normally would not.

It should also be stated that all explosives are poisons if swallowed, so if a person swallows or has a device implanted in themselves, if the explosive packaging is penetrated the bomber will get sick and probably die very quickly.  So like drug mules that swallow drugs, they have to be very careful moving around so as to not break open a package.

So bottom line, the threat is real, but the chances of success are limited, and good intelligence is the best way to find these guys or girls.  But they still could show up on a TSA agent’s radar by acting suspect.  In fact, as they go thru a body scanner, they may get really nervous since there is always that chance it will be detected.

I think we are fine, and I would fly with out worry, though I may move away from someone that started to smoke or stab himself with a syringe during flight. 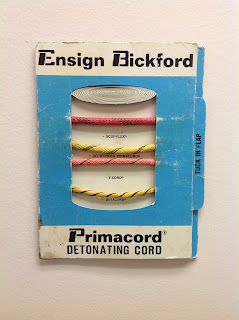