I think Snowden was one of the gullible types, that believes that the US and the UK, were ganging up on other nations and our own people, that we were the bad guys in all of this.  When Libya fell, one of the first things exposed was his rather large signals intelligence capability.  When you travel to Foreign countries one will quickly notice even in small countries they control the web  content access as well as monitor phone calls fairly obviously.

One of the eye openers should be the fact that Cuba basically offers itself to other countries as a platform to gather signals intelligence.  China has had systems there for years to monitor cell phone and data traffic in the US.  Now you may be worried about what the US is doing think about China.  What they will do with that embarrassing cell phone conversation you had with a girl friend or prostitute, or that call you made to get better treatment on some business deal, that was just a little in the gray area.

They will use it to draft you into working for them, or perhaps offer the information as a service to your competitors.  Then use them as talent, or double agents.  As disclosed in the Wikipedia article on Cuba,


Russia and China, at various times, have operated or are operating intercept stations in Cuba. The largest and best-known, Lourdes SIGINT Station, was shut down by Russia in 2001, along with the Russian station  at Cam Ranh Bay, Vietnam.[2] Of the additional bases are in Cuba, two of which are operated by China:[3]
Bejucal
Yaguajay
Santiago de Cuba
Paseo
Chinese personnel, in 1998, began operating the Bejucal and Santiago de Cuba facilities. The first seems concerned with intercepting US telephone communications and data traffic, while the second appears aimed at US military satellites One is a large complex at Bejucal, just south of Havana, which has ten SATCOM antennas, and which is primarily concerned with intercepting telephone communications in the US.[3] A 'cyber-warfare' unit at the station focuses on computer data traffic. The second is located northeast of Santiago de Cuba at the easternmost part of the country and is 'dedicated mainly to intercepting U.S. military satellite communications'.


Before we worry about the US, you need to worry about the countries that do not have any responsibility to protect you.  France for instance, has long held that it's intelligence gathering can and is used to give French businesses an advantage over their foreign competitors.  Business men have been warned for years to be careful what they say in French Airport travel lounges, and even in first class areas on their aircraft.  But take a look at this revelation of their capability;.

France: Strategic Ground Platforms:
The technical department of the French espionage service, DGSE, operates a major communications satellite collection site at Domme, in the Dordogne valley to the east of Bordeaux, in south-western France. This site, which includes at least 11 collection antennas, seven of them directed at Atlantic satellites, is clearly as extensive and capable as the largest sites in the UKUSA network. Reports by journalists, cited in the European Parliament report, confirm the Domme installation, and also a facility at Alluetts-le-Roi near Paris. There were also reports of stations in Kourou in French Guyana and in Mayotte.

Now I do not think for a moment that France can match the US in storage capacity, but the fact that some think they do, should be of concern, and also is a good reason that NSA planned and is building the huge storage site, in Nevada.

So far we have just touched on the ground based gathering systems, go further and look at the collection being done by China and others with Ships, off the coast of the US, Planes flying over airspace that allows them to pick up communications, and finally Space based collection systems.

At one point in the cold war, the Soviets used to bring in huge intel gathering containers, and then would book them to travel across the US from one of their consulates to another by train, even by truck, always trying to pick routes that came as close as possible to US sites they wanted to gather information from.  I am not sure if the new Russia is still doing it, but remember Putin is a former Spy, and loves the technical end.

If you are going to wonder or worry about what the US is doing, and even what Google is doing, go ahead, but just think of that information in the hands of a hostile country, or even a friendly country like France, or even Israel.  Now that should really make you worry, no one is going to spank them for violating your privacy, in fact they will get rewarded for a good job.  Yes the US is the best at it, so far, but the US is also the good guy, or at least the better guy in this on going war of signals intelligence.

Now just for a second think about the Russian Mafia, or the Israel Mafia working in the US, even with out any support from their countries, they can buy equipment like Libya used for intel gathering on the open market.  In just a few minuets on ebay, I came up with enough equipment for sale, to monitor and trap all the cell phone data with in a 1/4 mile or so, in low signal areas, perhaps even a mile or two. 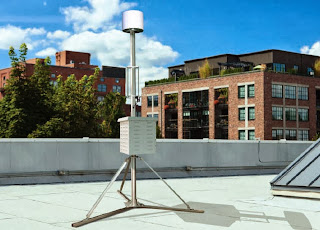 As a signals collection device, this test instrument, like many others for sale, can mimic a cell site, and gather data and voice communications.  Cost is up there, but the return on investment for a criminal is well worth it.

Test Equipment has long been where Government Intel buys what they need, and on the used market is readily available to others as well.


Keep watching this blog, more to come.
Posted by Rich Roth at 8:59 AM