Looking at information, we can not say facts at this time, there are a number of things that can be said.  One if the plane turned as the Radar track shows, then it would almost have to be under control of the pilot, even an auto pilot would have a hard time holding everything together in that type of turn.  The engines would have to be advanced on a turn like that, it takes up to much air speed.  Then to get it to level off enough to head in a straight line would also be difficult.  Then there is the part about it crossing areas that had airports it could have landed, at, in fact if the military reports are true, virtually over two airports, that should have noticed the flight crossing their airspace.  This quick chart was developed by CTI analysts in DC and show airports that could handle this plane.  So the question is why did not anyone notice it, and if the pilot was still in charge, why did he not attempt a landing. 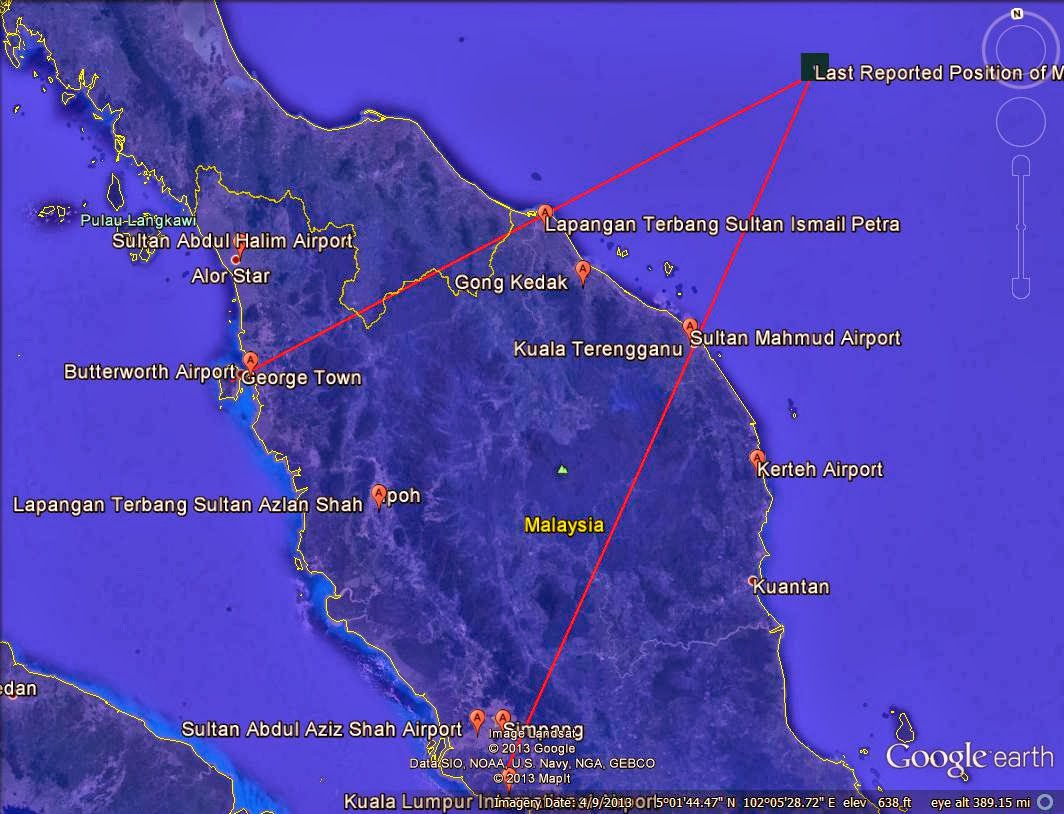