Is your Thermostat Spying on you, quite possibly, 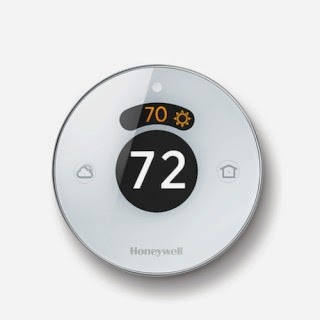 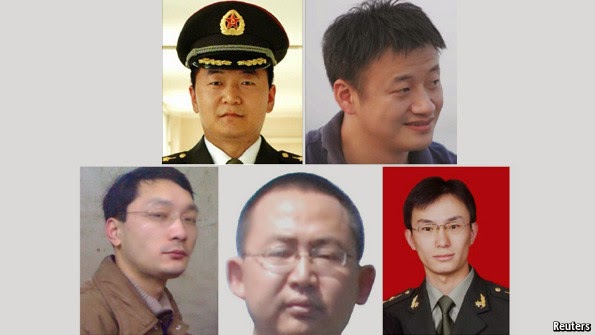 If these guy get involved, it could already be happening.  These are Chinese hackers part of a team that has been charged with Espionage in a US Federal Court.


They are many reasons for Espionage and China really has gotten on board with it, in a big way. Espionage for a Country is a big thing, but also a fact of life.  It blurs the bounds when it is Cyber espionage, we can not hold a press conference and put some parts of a electronic eavesdropping device.  We rarely can entice a cyber agent into a meeting so he or she can be arrested and we can parade them for a photo shot.  Putting these Cyber Espionage Teams up for a federal court is not producing the results we the US had perhaps.  But we are facing a brave new world, I am sure the CIA is saying, we need to keep this hushed up, that would be for a number of reasons.  One is the CIA has dealt with Espionage Agents for ever and has ways to take it's retribution.  Two China like other countries know full well that the US has some of the, if not the greatest spies in the world.  I often laugh when I read how the great Spy's of the Soviet Union had been so effective.  Our spies have done some of the most amazing things, things that would make people watching TV shows blink.

The biggest difference between the US and them, mainly China is that there are no bounds, as our US Chamber of Commerce found out, when they where hit so bad, that months later when they thought all of it had been found and neutralized, it was discovered that a simple smart thermometer and a fairly cheap printer in their offices was sending information directly to China still.  By the way both had been made in China, in fact if the product is not, the chips inside it probably will be.  China has been making back doors and out right espionage devices into their micro chips they supply to the world, one expert recently chose a bogus corrupted chip as the good one over two that had nothing wrong.   Looking into a chip with thousands of micro, no, below micro circuits on them, finding a few circuit changes is close to impossible.

Then add the software end of the Chinese attack and you have a very tough and tenacious full out Espionage attack.


Mandiant a very good software cyber security firm has recently written a extremely good report on the state of State Cyber Espionage.  They have recently released the report via a downloadable link.  https://dl.mandiant.com/EE/library/WP_M-Trends2014_140409.pdf  if is well worth the read. 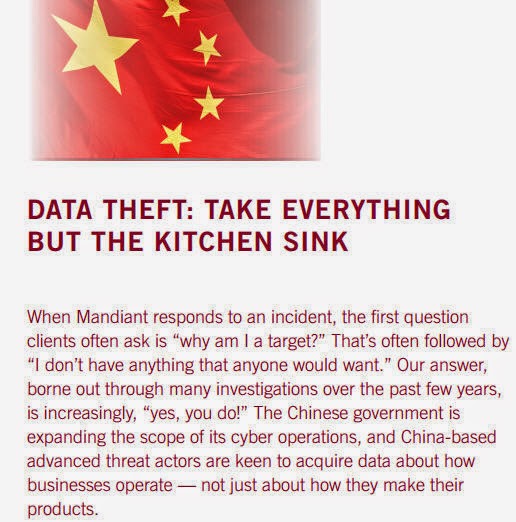