Where Mexican drug cartels are active within the U.S.

Where 7 Mexican drug cartels are active within the U.S. - The Washington Post

These Cartels have taken over control of gangs and have either made agreements with local Crime Syndicates like the Italian, Russian, Israel Mafia's   But their main enforcers are the Gangs, some of which have a lot of operational control, as long as they stay true to the Cartel supplying them.  If they change alliances or another Gang finds another Cartel Supplier, that is when much of the violence happens.  Just to give you an Idea, the Cartel inspired violence to include deaths, is 200 times more deadly to the US every year than ISIS or all the other Terrorist groups operating in the US.  With the exception of 9/11/2001, and even then it was 100 times higher according to Justice records. 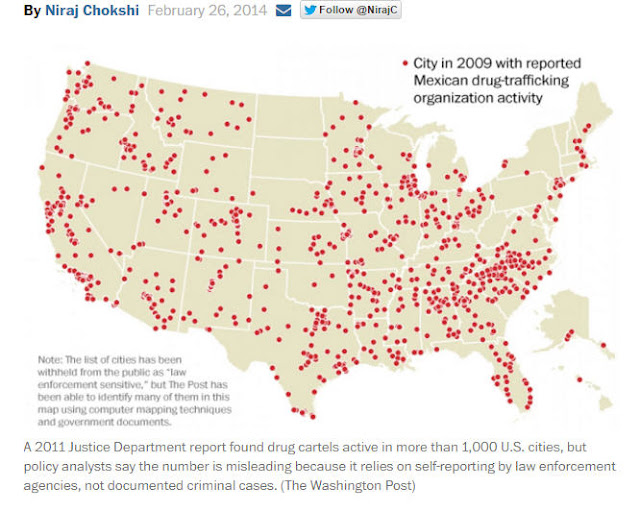