Warning your Copier may have sensitive or even classified data on it, Warning

There is about to be another scandal update, this time it will involve Copiers, Printers, yes even Fax machines and the documents hidden in their on board storage.  Sometimes it is Gig a bytes, other times only a few meg's of so.  It turns out some vested interest group has been noticing things being printed and copied from  some of our former and soon to be former Government Officials.

This warning has been out there before, but it is about to rear its ugly head again.  Do not give, sell, throwaway copiers, printers and such that may have sensitive to highly classified data on them.  For us in the non Government Sector now days, this is also a big espionage target.  Take out all hard drives and flash memory in these devices.  If it is a leased device, then either put another blank hard drive in the device, or kill beyond all ability to retreave data, which by the way is hard to do. 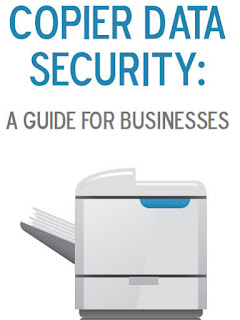 Here is a quick security guide from our Govt, on copier security, free of charge.